While most affiliates struggle to get their first sale. There are a rare group of super affiliates out there that are completely dominating the space behind the scenes.

In today’s topic, we’re gonna go over the #1 secret hack that most top affiliates are doing that you need to start implementing right now if you want to really excel in the affiliate marketing platform. Because what you do not know is that there are certain tactics that high-level affiliates are using which they’re not telling anyone.

And I feel like I really need to tell you guys what’s happening behind the scenes so you can also take a piece of the pie . .

I want you, my fellow freedom fighters, to have success in your life and have some killing just because you can!

FYI, there are actually THREE LEVELS.

This is where you’re just starting off and there’s zero results.

I remember when I first started off in affiliate marketing and dropshipping… Guys, I had no idea what I was doing!

I was literally bashing my head on the table because I didn’t understand cost per click or cost per action, CPM rates and all those stuff. All of these metrics that I know now never made sense to me before.

If you can remember, I was a biology student even before I studied dentistry and I’ve never had any of these analytical skills that I now have.

Here, the affiliate marketers begins to understand the metrics.

They now know how to drive traffic, capture leads and convert sales.

That means they are already aware of how they should spend the budget and how much is coming in.

This, by far, is the most important concept when it comes to affiliate marketing. It’s when you’re starting to get results for a company or a vendor.

What happens is you’re beginning to reach out to them like a normal human being would.

What you gotta understand is that this is a relationship business.

So here, you need to think of what else can you do to build the relationship and increase results for both sides.

Because that’s where exactly most people fail.

They’re just up to collecting checks from a company without understanding the fact that behind that company is a person.

Behind that business is a vendor that purposefully created an info product for you to sell. .

That if you become friends with them, they could give you higher commission rates, give you faster payouts and overall, they could literally customize your offers so that people will come to you instead of other people.

This happened to me when I started promoting Bluehost.

It’s a website hosting service for most people that wanted to start blogging.

So for those who were interested, they go through my link and I would get a good commission for about $65 dollars.

What happened was more people started going through my Bluehost link.

So when I was getting more results for them, I MADE A MOVE and REACHED OUT asking if there’s any possibility that we could increase my commission rate or what not.

Fortunately, they increased my referral rate every single time I hit certain tiers which in turn gave me more and more affiliate commissions from them.

Not only that, they did some customized landing pages for me as well. .

So that whenever my audience goes to these offers, they were able to identify that my audience were worth the increase they did for me.

Guys, that literally helped with my conversion rates and increased my commissions even more.

All I did was to reach out and build that relationship with the affiliate manager.

And for most affiliate companies, they all have these programs where you literally just build a relationship.

As long as you’re a cool human being, you’re getting results and you’re helping this company grow, they’re willing to bend over and help you out in whatever way possible as an affiliate marketer at a win-win situation.

Just as you can see in my video, I’m gonna go to the gym with Aaron Darko.

This guy has a product on Clickbank and together, we’re gonna make a customized sales video.

So that anyone from my tribe members for example, who want to lose weight or want to get shredded, can follow the shredding entrepreneurial lifestyle way.

Seriously guys, most entrepreneurs are fat and unhealthy and they need to get better bodies while making money!

So then, whenever people and entrepreneurs want to go get shredded like us, they can go through a customized sales video with me and Aaron.

But here’s the thing guys…

Most people would recognize me, but not Aaron. So majority of them will more likely buy it because they know me.

From there, you’re able to see the relationship you’ve built with your audience through the offers that you have.

And you’ll get much better results by the money you made for the day for the same amount of work that you’re normally doing.

Plus you were able to make a new friend because when you help them make money and you make money, then everyone is happy.

I took a snippet of the behind-the-scenes on the video above, you can check it out if you want.

But the biggest thing that I wanna highlight is that there are deals that are going on behind the scenes. .

Where top affiliates are making a lot of money and it’s not because of their landing pages.

It’s not because of their sales pages, Facebook Ads or secret ninja tricks.

It’s because of the relationships that they built with the actual vendors.

That’s where they get the best conversion rates, the best personalized custom landing pages and also the highest of commissions.

The thing about internet marketing and entrepreneurship that you guys need to understand is that, IT’S NOT JUST YOU VS. A BUNCH OF OTHER PEOPLE.

As entrepreneurs, start asking yourself how we can work with each other and help everyone else succeed.

Because it’s not just you versus the world man!

The more you actually find other entrepreneurs that are making a difference, the more you will realize that it’s best to work with them instead of competing with them.

They take their mindset out of this scarcity point of view where they think there’s only so much money around the world. .

And they work with other people in order for everyone to have a bigger piece of the pie.

So hopefully that helps guys. I’ll see you in my next blog!

Make Money On YouTube Without Making Videos With This Hack

eBay Dropshipping: Is It Worth It?

Reselling on Amazon: 9 Mistakes to Avoid 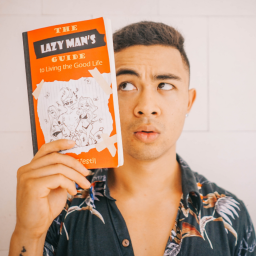